Max & Goldie… she’s the feral munchkin with the big eyes, always watching me, brave enough to hop on me bed, but I still cannot touch or pet her.

I have a lot to write about but the words are mulling in my mind, not quite ready to spill onto virtual paper. I miss blogging. I miss… sigh.

Tomorrow, I will write.

Once upon a time, an irate mother was up in arms over an elementary school teacher asking her child to read, “A Wrinkle in Time.”

She wanted the teacher fired. How dare she ask her child to read such blasphemy? The book promotes witchcraft and replaces God with a central brain called IT. She was joining an effort to have the book banned from their small, rural Ohio, public school system.

I listened to Four (sisters are labeled in birth order) rant and rave in my kitchen over the evil intent of the author. She bitterly quoted sentence fragments out of context to support why it should be banned, clearly echoing someone else’s opinion.

I asked a simple question: Have you read the book?

Oh no, of course not!

Ye gads… A Wrinkle in Time was one of my favorite childhood reads! The synchronized ball bouncing struck a rebel cord in my young mind, which lead to a tendency to question – even when I complied – all expectations for conformity.

Ironically, Four still believes the great liar will make her America great again and the little boy who was not allowed to read the book grew up to post racist bull about the Obamas on Facebook.

I have decided to explore how seemingly minor, inconsequential  fear factors play into controlling human behavior for my contribution to the Brooklyn Art Library’s writing project.

Tidbits of drafts may end up here as thoughts twirl down memory lane, gathering topics to write about. Who knows? This little project may be therapeutic. 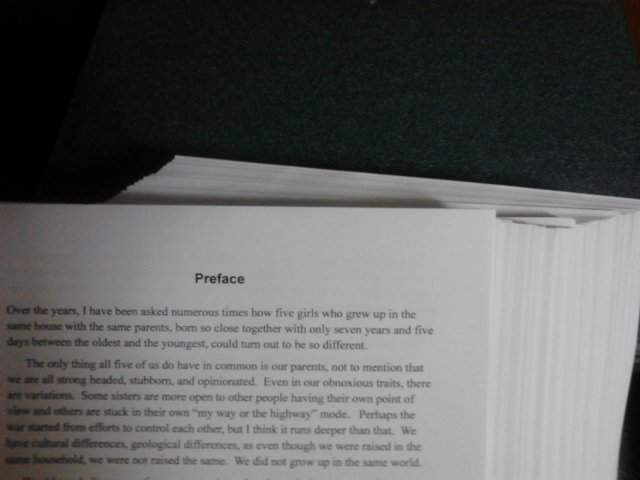 Apologies not forthcoming, I opened Pandora’s Box. Inside was this stack of paper.

It was started as a little journal entry when my mind was troubled. I wrote until words stopped flowing, then I boxed it up as a rough draft and put it away.

I opened Pandora’s Box this morning because my mind is troubled once again. The only difference is I am older, maybe a little wiser, and certainly colder. Words that stung years ago cannot make me flinch.

What bothers me is knowing the impact those words have on our parents. It sickens me to the point where I have not slept. I forgot to eat yesterday. Upsetting our parents is what upsets me.

So, who am I protecting by not finishing this book?