Originally, back in the 1930s, heavy 3.5″ iron washers were pitched into 4″ diameter iron cups (short pipe things) as shown in the short documentary film “Ringers/Washers: A Youngstown Game” written and directed by Ben Lariccia, Jr. (The film is less than 3 minutes long and yes, it’s on youtube.)

I think it would be fun to play with iron cups, to hear the familiar clink of iron striking iron, but suppose people make do with what they got. The cups here at this apartment community for ringer games are scrap pieces of plastic drain pipes stuck into the ground. The diameter is a bit smaller, but so are our washers.

On second thought, bigger washers require more strength to toss twenty feet and I have a hard enough time scoring any points tossing 2.5″ washers at 3″ inside diameter pipes. Mine are even lighter than the washers shared (until stolen) last summer because the neighbor who went shopping couldn’t find 2.5″ dia. x 1/8″ thick iron washers with smaller inside holes.

I think the guys left their new washers as is, but they all have calloused hands and play a lot more than I do. In time, the grit in the dirt will slowly knock off the sharp edges during play. My hands have “girl skin” so I kissed the edges of my washers with a dremel stone and rubbed them down with a little gun oil. I also painted the walls of the washer holes with hot pink nail polish. You can’t really see it in the photo below, but that bit of pink sure makes them easier to find when they roll away.

Oh… points are awarded as follows:
3 points for in the cup
2 points for a leaner (washer leaning on the cup)
1 point for close to the cup (use another washer to measure distance if questionable)

To start a game of Ringers, both players each pitch one washer to the same cup. The one closest goes first. They also get to pick which cup they want to pitch to for the first half of the game. They throw all ten washers, one at a time, add up their score and then it is the other player’s turn.

It is fun… even just to throw a few for practice.

2. This is NOT a game for wee ones or rowdy kids who might throw wild and break windows or hurt someone.
3. Always count to make sure all 10 washers were picked up after a game. (Iron washers hit by lawn mowers could be deadly dangerous.)

4. If you are a person who needs every possible stupid thing wrote up in a disclaimer, this game is not for you. Go play with soft toys with governmental seals of safety approval.

Thanks for reading. It’s fun to share a bit of local culture. If there is a game unique to your area, feel free to share in the comments. 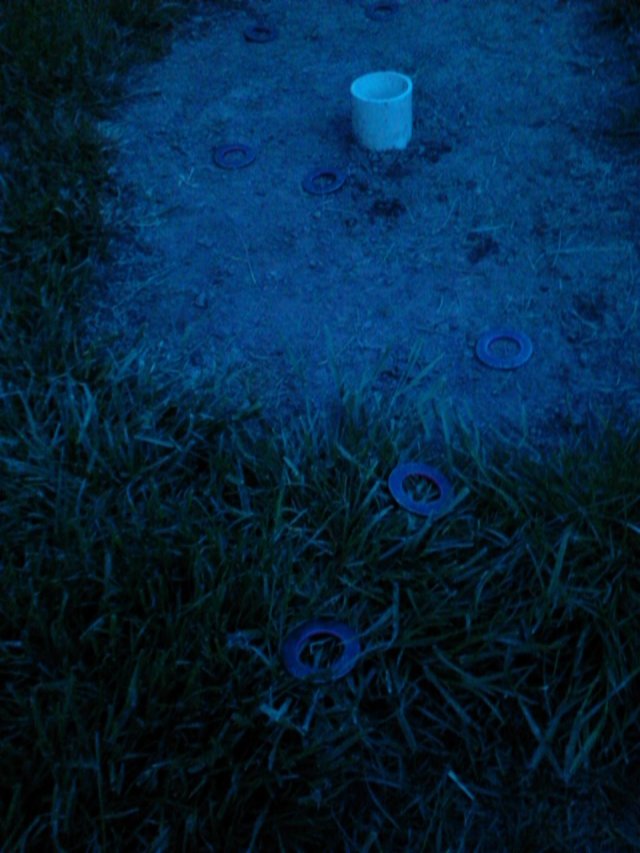