So much for writing a fluff piece, all warm and fuzzy about a relationship that erodes my coast on every high frikkin tide.

We had words. Snip, snip, back and forth, and a little thought that floats up now and then slipped right out of my mouth. They must have caught a wave on the high tide.

Yes, I finally said it out loud. I didn’t plan it, didn’t think about it, just opened my mouth and the words came out, surprisingly without a tinge of animosity. It was like hearing myself reading the words out loud, as if reading a brief statement in a calm voice. I am done.

It put an end to the snip-snip back and forth before our words escalated into a full blown argument. There was nothing to argue about anyway. He wasn’t happy because I had cancelled cable television service while he was gone for a couple days. Oh well… my bill, my budget, not like he pays for anything.

“Grandma, did you break up with him?” Little Miss Z was in the back seat, ignoring her mother’s warning to stay out of grown folk’s conversations. “He’s lazy, grandma. I think you should break up with him.”

Should I take advice from a nine-year-old?

She thinks he’s lazy as he is usually in the bedroom with the door shut if he happens to be here when the kids comes over. That’s what he does on most winter days when he is here even if it is just us… he lays around watching TV between naps and playing on his phone, wanders out now and then.

Oh, sweet child… not yet. 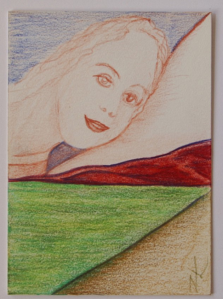 Woke up in the wee hours and laid there thinking about touch points… the little comforts of skin to skin… the way his foot tends to feel for me in his sleep until a toe just touches my leg; but, sometimes his foot will linger, like when he gently cupped my bent knee with the insole of his foot. Or, how his bum always wiggles up to touch my belly when we spoon with space between us. And how my fingers inadvertently touch his fingers when I stretch in my sleep and reach for one of the iron rails of the headboard only to discover that his hand is already wrapped around the same post.

I was thinking about how each little touch arouses me and comforts me in that twilight moment between half awake and half asleep before drifting out again. I was feeling fuzzy warm about our relationship, smiling to myself, and thinking of how nice it is to share a bed with this man. And then he rolls over with that fucking pillow, hugging it like a teddy bear squished in between us, and I cannot tolerate that damn thing touching me.

There is something about a pillow touching the small of my back or pushed up against my belly that makes my skin crawl. I can’t stand it. I have to get away. Sometimes, there is not enough space on the bed to distance myself far enough away from that pillow so it does not touch me.

Any effort to remove the pillow will rudely awaken him akin to snatching a bottle from a hungry baby. Nah, it is more like poking a hibernating bear. The resulting pillow fight would not be playful. It is best just to exit the room until he rolls back over, taking the offensive pillow with him.

So, that’s why I was up in the wee hours, drinking coffee and smoking cigarettes in the kitchen, typing the draft of this via one finger taps on my phone.

I can’t explain why it bothers me so much. It is not the texture as the pillow is identical to one of my own and all our pillowcases and sheets are made of soothing cotton fabric. Perhaps feeling that pillow triggers some kind of body memory as it jerks me instantly awake and it always takes a while before the repulsion fades. I’ve racked my mind for clues, but my brain will not release any bad memories involving pillows.

An hour or so later, still before the light of dawn, I slipped back into bed.  He had rolled with his back towards me, but was still hugging his pretend teddy bear. I didn’t want him to roll back over with it, so I was careful not to touch him. I had snuggled in, got myself all comfy and warm curled up with my back to his back with space between us, when his foot found me. I drifted off to sleep listening to the sound of his soft snores while his heel rested in the curve of the instep of my sole.

Awe, the sweet comfort of his gentle touch.

MANY HOURS LATER:  I know what it is… I can’t stand the pillow touching me when he is breathing near me at the same time. Therein hides the memories. It’s not about pillows. It’s about teddy bears and the child I used to be so long ago silently whispering her own little #metoo. 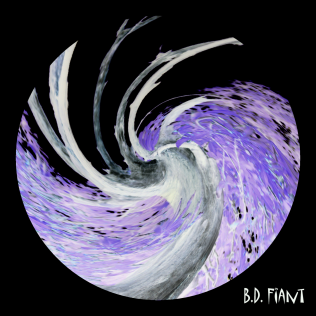 Under the Mulberry Tree 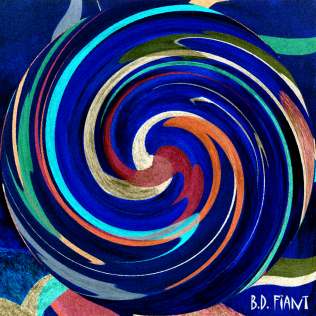 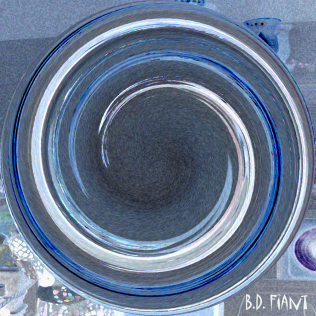 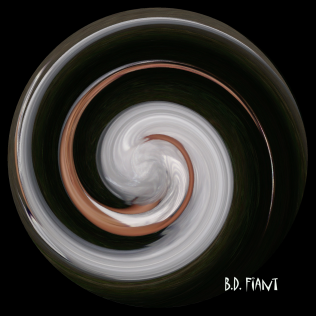 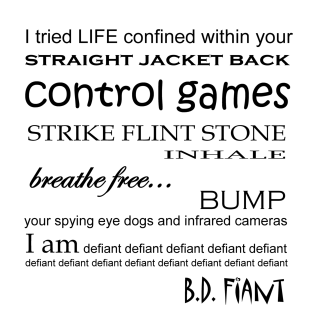 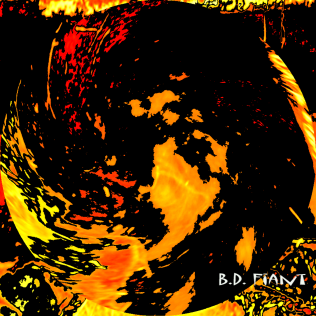 B.D. Fiant is an ultra ego created while working under duress in 2006. It was not a good year. The last six months were hell. My stress level was so jacked that I felt like I was shaking uncontrollably when sliding my card to enter the door, but a glance at my steady hands told me that I was only shaking on the inside.

The delusional ropes in poem Ropes  were in that place.

The art attributed to B.D. Fiant are computer generated modifications of my own photographs and paintings. They speak of a world spinning out of control, of being caught in the bull, with life as I knew it going down the drain, and my utter inability to stop it. I pulled the meme and photos off my old laptop. There are more, but I’m only sharing my favorites.

It has taken years to recover. In some ways, I am permanently scathed, to use an Old English word. I’ve been heat treated, hardened… the dear sweet little girl raised to be a gentle lady has a core of defiance, an inability to put up with much of anything. I am B.D. Fiant.